If brown patches are showing up on your lawn for no apparent reason and spreading, you might have a grub infestation.

A grub problem isn’t easy to solve because they burrow underground. Most pesticides can’t reach them and wouldn’t work anyway.

In this Pest Strategies review, we’ll show you how to find the best grub worm treatment in spite of that. 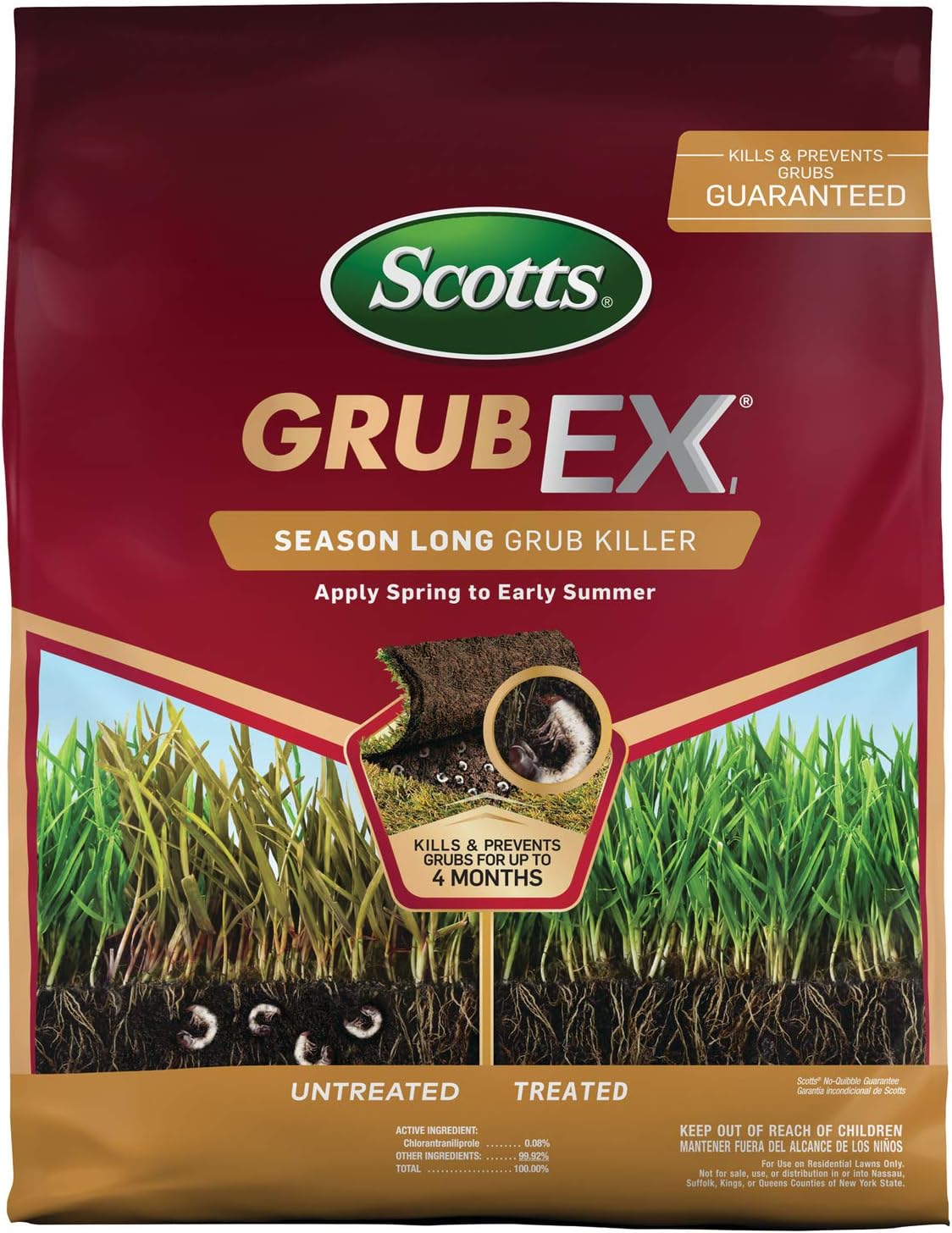 VIEW ON AMAZON
Scotts GrubEx1 – Grub Killer for Lawns
The active ingredient is Chlorantraniliprole, a curative and preventative chemical for grub control that lasts for up to four months when it is used in the spring or early summer.
FEATURES

We’ll explain which ones to use at what time of year and what type of results you can expect from these grub control products.

We’ll also tell you what signs to look for to determine if you have grub worms or something else. We’ll also give you some lawn care advice to interrupt their life cycle. 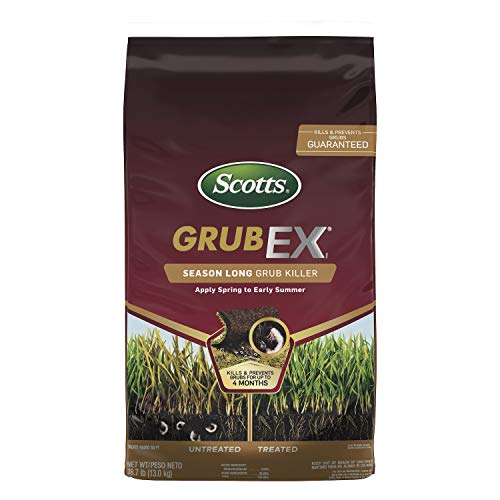 The active ingredient is Chlorantraniliprole, a curative and preventative chemical for grub control that lasts for up to four months when it is used in the spring or early summer.

Use a hand spreader to broadcast 2.87 pounds of granules per 1000 square feet of lawn.

Water the lawn with an inch of water (use a measuring cylinder) to activate the granules then let the yard dry thoroughly before allowing your pets or children access to it.

It prevents grub damage to grass roots before grubs hatch. It kills grubs after the eggs hatch and before they can mature enough to survive it.

Check out our list below for a summary of our results. Keep on reading to learn more about grub worm killers.

What Are Grub Worm Killers?

The adult beetles don’t cause the damage to your lawn. They do their damage during their larval stage when they’re underground. This makes it difficult, if not impossible, to kill them with conventional pesticides.

Read Also: What is a June Bug? (How to Identify & Get Rid of June Bugs)

How Do Grub Worm Killers Work?

Some grub worm killers are considered preventative in nature. This includes Imidacloprid, Thiamethoxam, Halofenozide, Clothianidin, and Chlorantraniloprole. They kill grub worms while they are still immature.

Others are considered curative, killing grub worms that have already hatched. It kills them in late summer and early fall. Carbaryl and Trichlorfon, an Organophosphate (trade name = Dylox™), are examples of curative pesticides for grub worms.

Other grub worm killers consist of milky spores and beneficial nematodes that attack grub worms and persist beneath the soil surface for several years. They are natural predators that kill grub populations without harming beneficial insects.

Finally, Neem oil has been discovered to kill grub worms by interfering with their ability to eat and disrupting their hormonal balance. It’s an all-natural alternative to chemical pesticides.

Grub worm killers are a very effective way to control lawn insects. Many of them are specific to grub worms and won’t harm anything else, or they will only attack soil pests that damage turfgrass, ornamentals, and vegetable crops.

How To Use Grub Worm Killers

Grub worms can’t lay eggs unless there is constant moisture present in the ground. Since most grub worm killers require massive amounts of water to activate them, this works to your advantage.

If you’re using granules, spread them over the affected areas then water the yard very heavily. Put a measuring cylinder out in the yard and when it shows an inch of water in it, you’ll know you’ve used enough water.

Beneficial nematodes and milky spores also require water, although not as much as granules, while neem oil and dusts don’t need any water added to the lawn after they’re applied.

Are Grub Worm Killers Safe Around My Pets and Children?

The chemical grub worm killers are toxic to children and pets until they’ve been watered in and soaked into the ground. Chemical dusts are also harmful. Neem oil is concentrated and can cause burning sensations until it’s diluted with water.

The beneficial nematodes and milky spores are completely harmless to people and pets.

How Do You Find the Best Grub Worm Killer?

Scotts GrubEx1 is an effective, long-term grub killer. The active ingredient is Chlorantraniliprole, a curative and preventative chemical that lasts for up to four months. It controls lawn grubs without damaging earthworms and soil bacteria.

It requires 2.87 pounds of granules per 1000 square feet of lawn. Water the lawn with an inch of water (use a measuring cylinder to measure how much water you’re using) to activate the granules then let the yard dry.

It prevents grub damage to grass roots before grubs hatch. It kills grubs after the eggs hatch and before they are mature enough to survive the pesticide. It’s easy to use but it can be hazardous to pets and children when it is first applied. 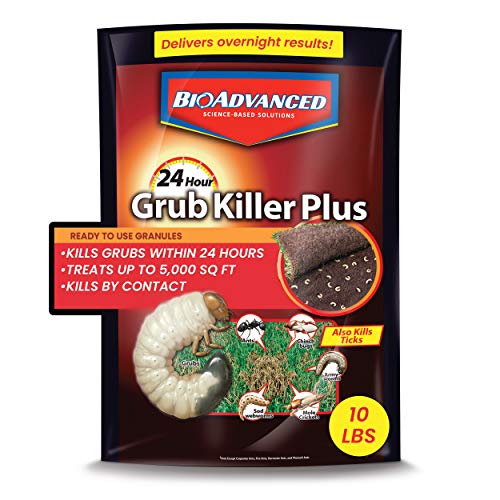 Manufactured by Bayer Advanced Crop Science, this is advertised as a 24-hour-grub-killer that contains Dylox™. It’s a grub-killer-plus because it also kills ants, armyworms, cutworms, earwigs, grasshoppers, millipedes, ticks, and more.

A 10-pound bag of granules will cover 5000 square feet of lawn. It needs to be heavily watered in during the first 24-hours after application and it should be used in the spring or early summer for best results.

Pets and children should be kept off the lawn until it has completely dried, and some customers have reported that it requires a second application in the fall to be effective. 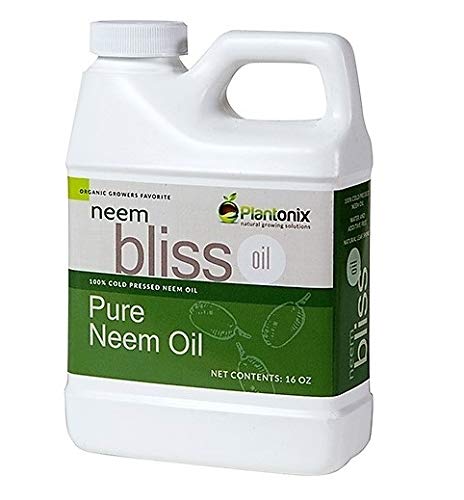 This is 100% cold-pressed neem oil from neem seeds. The active ingredient is Azadirachtin. It is yellowish-brown with a strong garlic or sulfur smell.

It reduces insect feeding and creates hormonal imbalances making it difficult for grubs to lay eggs.

It has to be mixed with water, 2-3 teaspoons per 32 ounces of water, then sprayed on the yard. Early morning or late evening is the best time to prevent burning the plants.

To control grubs, you’ll have to spray it daily for about three weeks.

Don’t get the pure neem oil on your skin or in your eyes, and be sure to keep children away from it. 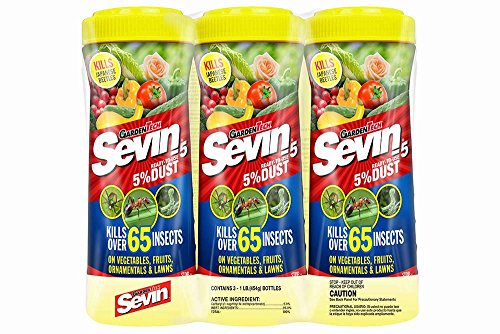 This is the easiest product to use. It comes in three 1-pound shaker bottles. Just shake the dust over the area you’re treating.

Because it’s a dust, make sure you do it early in the morning or late in the evening when there’s no wind, otherwise, it will blow away.

The active ingredient is 5% carbaryl. It’s a good grub worm curative as well as being useful for ordinary pest control outdoors.

Carbaryl is less effective than Trichlorfon but it’s better for treating small areas, so there is a trade-off.

If you’re treating a small yard or one area of your yard, Sevin Dust deserves serious consideration. 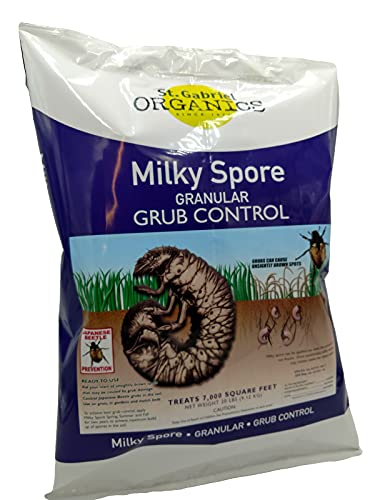 This is a long-term solution and the best results won’t be seen until after a year has passed. You can apply it with a hand spreader any time from spring through the fall. 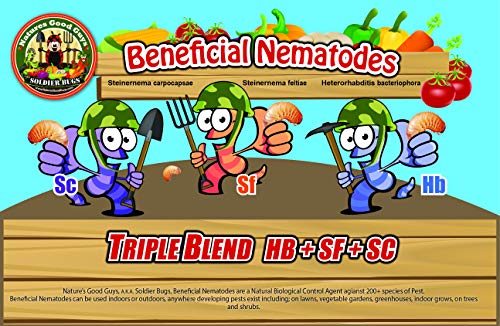 Beneficial nematodes are microscopic round worms that attack more than 200 species of soil insects and pests. They are natural predators and parasites that won’t harm the environment, people, or pets.

They are easy to apply with a pump-up sprayer. Pour the nematodes into water then spray them across the yard.

The nematodes begin hunting for insect larvae and entering them through natural body openings. Once inside, they excrete harmful bacteria.

The nematodes can only survive when there are host larvae for them to feed on. As the grub population shrinks, so does the nematode population.

Scotts GrubEx1 lasts for four months. The active ingredient is Chlorantraniliprole, a curative and preventative chemical for grub control. It takes 2.87 pounds of granules per 1000 square feet of lawn to kill grubs.

It prevents grub damage to grass roots by killing grubs after their eggs hatch and before they can mature enough to survive the pesticide.

Scotts Grubex1 is our favorite grub killer but any product in this review will help you keep your lawn safe from grub worms. Most of the differences will revolve around how big an area you need to treat and if you’re patient enough for a long-term solution.

Curious about other lawn related products? Check out our other detailed guides to help you deal with your pest problems.