If stink bugs are taking over your home, you've come to the right place!

You can learn the following from our Pest Strategies guide: 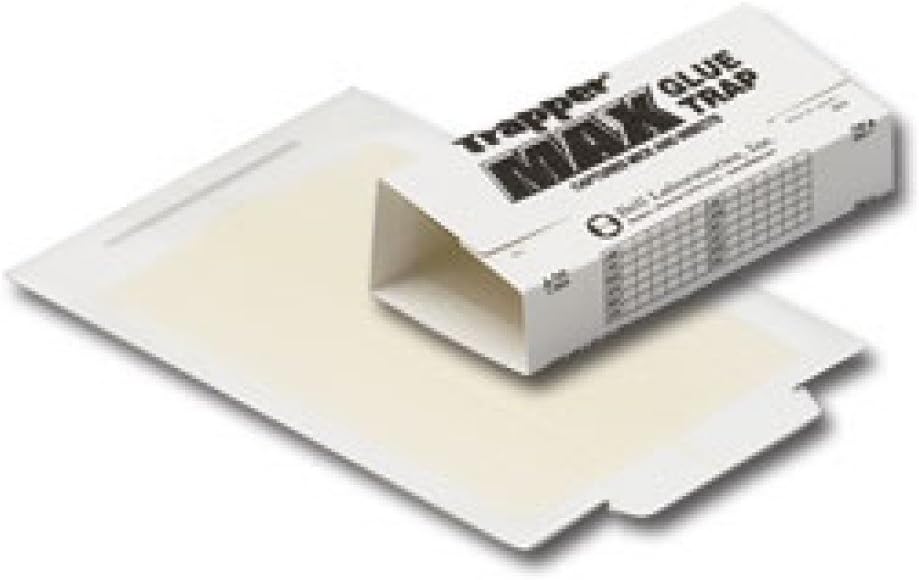 VIEW ON AMAZON
Trapper Max Glue Traps
We rated these Trapper Max Glue Traps as our overall top pick because they're not only affordable and versatile, but they simply get the job done. They catch your stink bugs for you without a lot of hassle, mess, or chemicals.
FEATURES 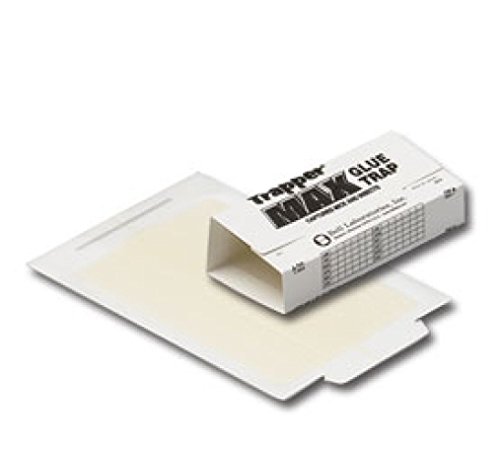 We wholeheartedly recommend Trapper Max Glue Traps because they're so simple, yet so effective.

This is how they function:

After a few days, you can check your traps to find the culprits of any household pest problems you've been having, and dispose of them of immediately!

We rated these Trapper Max Glue Traps as our overall top pick because they're not only affordable and versatile, but they simply get the job done. They catch your stink bugs for you without a lot of hassle, mess, or chemicals.

We've reviewed some other stink bug traps in our guide, so if you've a got few minutes, take a look to see how Trapper Max Glue Traps stack up to the competition!

Is There a Specific Trap for Stink Bugs?

If you have a stink bug infestation in your home or garden, you'll probably make a bee-line to the internet to search specifically for a stink bug trap.

However, it's advantageous to note that by searching for a wider range of products, you might be doing yourself a favor. Because the stink bug isn't native to the North American continent, it has no native predators and can reproduce uncontrollably. In using a more general insect trap, you are widening your chances at catching these multiplying insects.

When you utilize a set of glue traps for stink bugs in your home, office, storage space, or other type of property, you're opening yourself up to catching not only stink bugs, but virtually every type of pest you have.

This means, essentially, that you're employing a literal catch-all method for bugs that are crawling around, totally unbeknownst to you!

This method is normally very affordable, totally safe for little ones as well as pets, and free of messy chemicals.

This is an ideal alternative for those who want a one-stop-shop as far as pest control is concerned.

Bug zappers are extremely powerful at taking out a large variety of different pests from one centralized area. These devices normally require a power outlet and conduct a low-grade electrical current which, as the name suggests, zaps insects with electricity through a grid of charged metal bars.

Zappers are recommend for those who have an indoor infestation and need a chemical-free solution to their stink bug problems. The electrical grid is protected behind a system of protective bars, which means that kids and pets can't touch the currents.

Stink bugs are totally harmless to you and your pets, period. They're not going to bite you or sting you, and the "stink" is merely an unpleasant smell.

So what's the big deal? Why are they so horrible?

They'll eat right through your plants.

If you utilize traps targeted toward other garden-eating pests like Japanese Beetles and cucumber beetles, you can not only protect against these pests themselves, but the stink bugs.

Why Are Stink Bugs In My House, Anyway?

When you're fighting your stink bug problem, it can help to learn why you have stink bugs so that you can prepare for what to do to prevent future infestations.

As with many other pests, stink bugs have a way of finding every little opening in your home's structure and working their way inside.

Stink bugs are overwintering insects, which means that they look for warm, secure places to spend the winter so that they do not die in the cold. When the temperatures begin to fall in autumn, stink bugs flock inside warm homes and stay there until springtime, when they want to return to their usual activities outside.

How to Prevent Stink Bug Overwintering

In the late summertime, be sure to conduct a thorough examination of your property and note any small crevices or openings.

Seal or caulk any opening or crevice—no matter how small. Stink bugs only measure about 3/4 of an inch, so it's worth it to tighten up any hole that could be used as an entry point for a stink bug (or any other pest) during a cold winter.

Getting Rid of a Current Infestation

It's not recommended to use pesticides to combat stink bugs, as per EPA guidelines.

However, natural solutions such as diatomaceous earth has been proven effective at combatting stink bugs in small numbers. We have a full report on Diatomaceous Earth and all its pest-killing benefits for those who want to learn more.

For some extra tips, check out the video below, where research entomologist Jeff White details a few things to keep in mind when the stink bugs are searching for a place to spend the cold winter months.

A few researchers at Virginia Tech set out to prove that a homemade stink bug trap could work just as well as a manufactured one, and guess what?

If you're interested in assembling your own DIY Stink Bug Trap as per the Virginia Tech guidelines, here's what you'll need:

The stink bugs are attracted to light, and the silver roasting pan served only to exploit that attraction by reflecting the light. The insects crawled toward the light, getting caught in the soapy water and ultimately died overnight in the suds.

Trapper Max manufactures glue traps which are simple yet effective in combatting not only stink bugs, but a vast array of unsightly (and something destructive) household pests.

When you invest in a set of their glue traps, all you have to do is peel off the protective film over the glue strip. Once you set the trap where pest activity has been observed, you can sit back, relax, and let the Trapper Max glue traps do the rest; the adhesive power of the glue will stop pests in their tracks...literally.

These glue traps are ideal to set in hard-to-reach places where stink bugs love to crawl like underneath furniture, behind appliances, and on top of high shelves. Make sure that you keep the traps free of dust, as a coat of debris will weaken the glue. 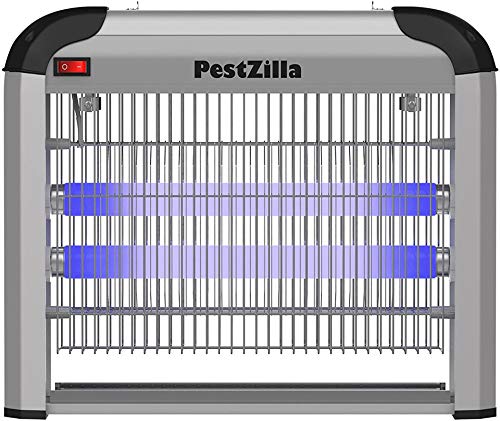 We really love this product because it uses electricity rather than chemistry as a means to rid your property of stink bugs.

This bug zapper uses a 20 watt electrical current to zap the life out of any insect which flies, crawls, or slithers its way through the protective bars on the outside of the trap. The zapper leaves no odor and gives off only a faint blue glow from the UV light bulbs.

Dead bugs collect in a small removable tray beneath the zapper itself, and cleanup is a snap. Simply take out the tray, empty it, and replace. You'll never have to touch the actual zapper or handle bug bodies.

PestZilla's zapper is totally safe for kids and pets, as the openings between the protective outer caging system are much too small for tiny hands (or paws) to reach between.

This zapper is primarily made for indoor use, although it can be used outdoors, provided the outdoor area is clean and dry. 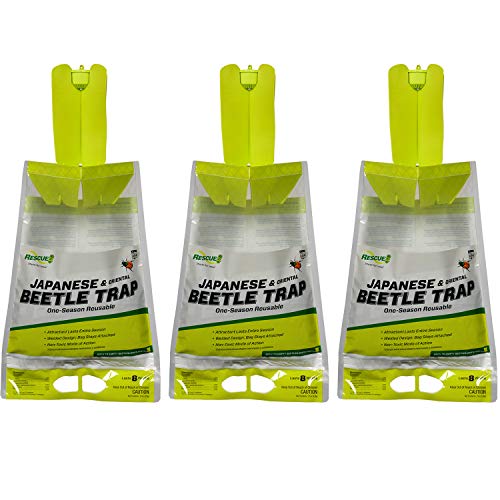 Though these traps are technically not designed to catch stink bugs, we've included them on the list because they're sturdy, well-made, and others have seen success with them in the past.

RESCUE! is a trusted name in pest control and specially, in the manufacture of traps for flying pests, so these Japanese and Oriental Beetle Traps were designed with quality in mind.

Here's how they work: an attractant which lures in stink bugs is placed inside the trap, and the bugs will fly or crawl into a small opening in the top of the trap. The stink bug will get stuck inside the trap's interior, meaning that it won't be out on the loose, decimating your plants.

This ready-to-use trap from Spectracide is another product which is created to combat Japanese Beetles but can also be used just as easily for stink bugs.

The design of the Bag-a-Bug trap doesn't differ much from the RESCUE! traps we ranked above: a natural sex attractant is placed inside the bag to lure in the bugs, which brings them in swarms to the traps. The only difference with Bag-a-Bug is that the bags are not reusable.

This trap comes with only 2 bags in total; after that, the customer must purchase additional bags on their own dime. 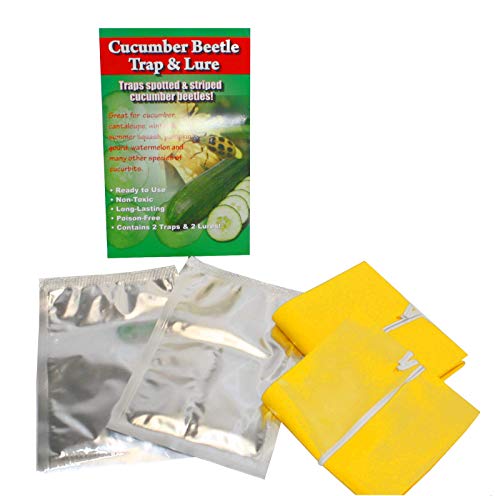 We really like the VivaTrap! Cucumber Beetle Trap because it is everything you need in a stink bug trap: simple, effective, and affordable.

Though it is targeted toward cucumber beetles, the premise is the same for stink bugs—namely, that they'll eat right through your garden or your vegetable crops if you're not careful.

This is why we recommend a cucumber beetle trap: if you've got veggies growing outside, we want to give you peace of mind that stink bugs won't eat them before you do.

VivaTrap! has created a straightforward system which lures insects to a bright yellow glue board with a non-toxic pheromone sitting behind it. We love this sort of trap, because it combines our top pick with a natural option which is great for avid gardeners and those with a green thumb.

If you don't want stink bugs to stink up your home and garden any longer, we totally understand.

All the traps in our review are certainly effective, but we choose Trapper Max Glue Traps as our overall favorite because:

Curious about other stink bug related products? Check out our other detailed guides to help you deal with your pest problems.

When the number on the thermometer sinks and the days grow shorter, your home becomes a breeding ground for stink[...]
Read More
Need to spray the stink bugs out of your yard? You've come to the right place! In this Pest Strategies[...]
Read More