There’s a Maltese saying, “Kill the spider and you will destroy the cobweb.”

But what if you don’t want to kill the spider? Rest easy, there's a solution: spider catchers.

In this article, we’ll discuss: 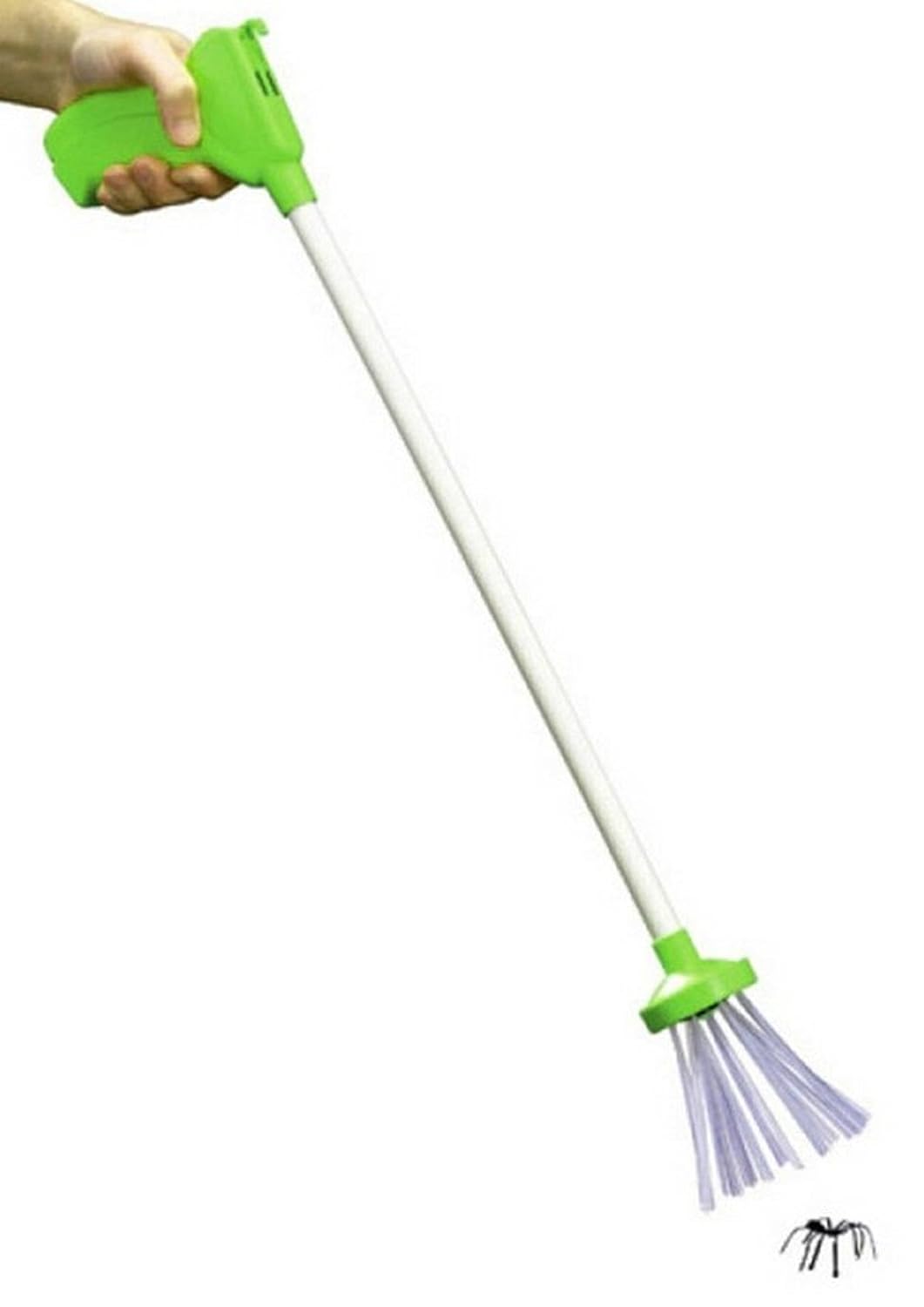 VIEW ON AMAZON
My Critter Catcher
My Critter Catcher can be used on hundreds of different creepy crawlies. It has specially designed bristles on it that surround bugs and catch them instead of killing them.
FEATURES

Saved for an entomologist who loves bugs and all things multi-legged, no one likes to see a spider crawling across the kitchen floor or up the wall.

Keep reading to learn about spider catchers, or click here for our #1 top pick. 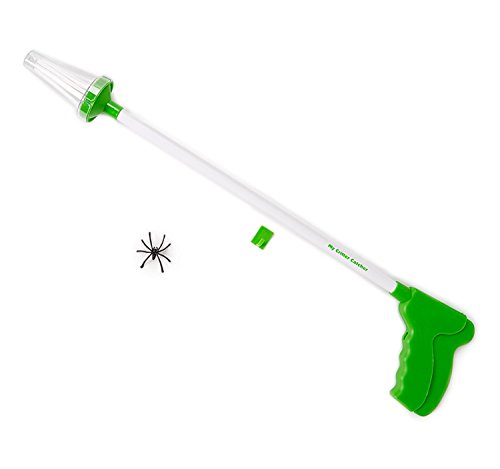 My Critter Catcher can be used on hundreds of different creepy crawlies. It has specially designed bristles on it that surround bugs and catch them instead of killing them.

The long handle lets you keep your distance from any house spiders, daddy-long legs, etc, while still capturing them in a hygienic way with no mess.

This critter catcher is eco-friendly, doesn’t require batteries, and doesn’t make any noise.

Check out our list below for a summary of our results. Keep on reading to learn more about spider catchers.

What Are Spider Catchers?

A spider catcher is a small device designed to capture any arachnid without killing or harming them in any way.

Three main features of all spider catchers are:

This kind of catcher could be an insect vacuum, operated either manually or electrically, or a bug grabber. Spider catchers also come as manually operated insect traps.

This video offers a crash course in what a manual spider grabber does.

The primary point of a spider catcher is that it’s a non-chemical method of pest control. A secondary point important to note is that spider catchers are not repellents.

Once you catch the spider and take it outside, there is nothing to prevent it from coming back in. (That is, unless you use a spider repellent.)

How Do Spider Catchers Work?

A mechanical spider catcher surrounds and/or grabs the spider in a portable, manually operated insect trap or specially designed bristles that won’t harm it.

The earlier video demonstrates how to use a spider catcher. The following video shows you how a spider vacuum works.

Yes. If your only pest problem is an occasional bug here and there, spider catchers are a great solution. They only catch spiders (and other pests) on a casual, one-at-a-time basis.

If you have a large infestation, you’ll probably have to revert to a more aggressive form of pest control to get rid of them.

Read more: How much do spider exterminators cost?

How to Use a Spider Catcher

Each spider catcher is different. There are two kinds: The scooper and the vacuum. Videos in earlier parts of this article demonstrate how to use both devices.

Each product is different though, so we’ve included a brief description of how to use them in the product descriptions presented below.

Are Spider Catchers Safe Around My Pets and Children?

Yes. This is where spider catchers really shine. Because they don't use any chemicals, you won’t have to worry about your pets and children being harmed by them.

Well, almost. As long as your kids don’t decide to use them as weapons to hit each other, they’re safe for children.

How Do You Find The Best Spider Catcher?

Spider catchers are still a relatively new innovation. Most people just want the spiders to die and they spray them with pesticides designed to kill them.

Read more: What are the top 5 best spider killers and sprays?

The best spider catchers do what they’re designed for: Non-lethal capture of spiders to remove them from your home.

Normally you would need to buy mechanical spider catchers and vacuum catchers, or read reviews on Amazon or other websites, but we've done that research for you.

After analyzing these products and reviews, we’ve presented you with the best spider catchers currently available.

As a quick recap, here are the four spider catchers we looked at.

Our #1 pick went to My Critter Catcher, but some of the others might be more suited to your needs.

My Critter Catcher has specially designed bristles on it that surround bugs and catch them instead of killing them. It’s 100% eco-friendly, doesn’t require batteries, and doesn’t make any noise.

The long 27-inch handle lets you keep your distance from any house spiders, daddy-long legs, etc., while still capturing them in a hygienic way with no mess.

This bug catcher can be used on spiders, centipedes, cockroaches, grasshoppers, millipedes, scorpions, stink bugs, and hundreds of other creepy crawlies. 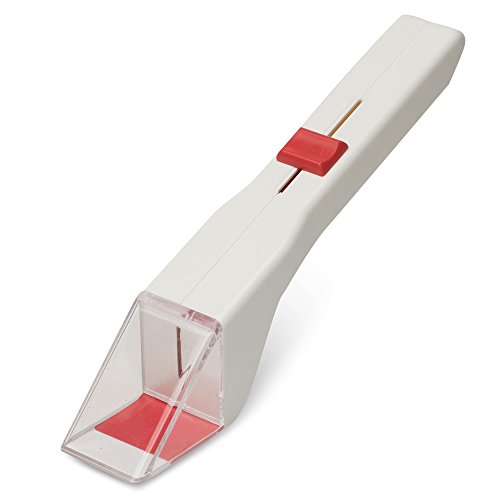 Humane bug capturing has never been easier than with the Kings County Tools Insect Catcher. It's made in Germany of high-quality materials. And it is an eco-friendly solution to ongoing pest problems—no more lifting bugs off the floor with a paper towel.

Just slide the thumb-operated lever to open the plastic gate. Place the open area over the insect. Close the gate and walk outside to release the unwanted visitor.

This non-electric bug trapper is perfect for taking almost anywhere. Use it in the home, at the office, or wherever insects or spiders are not welcome. And it's large enough to capture the heartiest of pests. 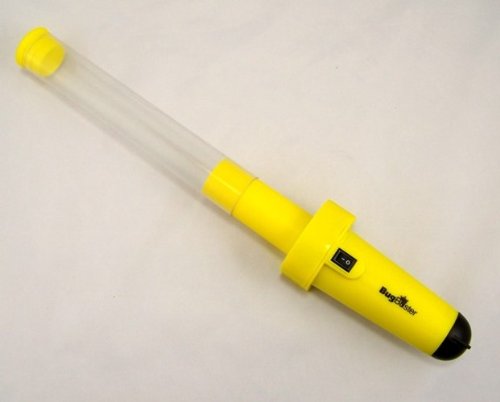 The Sonic Technology Bugbuster is another spider catcher that’s simple and easy to use. It has a long enough extension so you don’t have to get close to the spiders, which is just the way we like it.

It uses a 9-volt battery to create a gentle suction that sucks up spiders and other small critters into the catch tube. Place the tip of the tube over the spider or bug in question, flip the switch, and the suction pulls them into the tube. Cap it and you’re done.

Take the Sonic Technology Bugbuster outside and release them safely. The only downside is that in order to release the live bugs, you need to manually remove the stopper at the end of the tube.

An innovative and convenient way to take care of bugs in the home is with the BugZooka Bug Catcher Vacuum. Just compress the end of the tube over the insect and press the button. It works on mechanical suction and needs no batteries or electricity.

The BugZooka Bug catcher vacuum is portable and goes anywhere. Use it in the home or anywhere pests need to be kept away.

The clear catch tube can hold up to 25 insects before needing to be emptied. The trap door stays securely in place until it is time to go outside to release all the unwanted guests.

Our Top Pick: My Critter Catcher

My Critter Catcher spider catcher scores high among customer reviews by people who liked it. It safely captures spiders and bugs without harming them or creating any kind of a mess.

Some of its top qualities include:

This long-handled gadget is safe and doesn't use harsh chemicals. It allows your to keep your distance from creepy crawlies while capturing them in a hygienic way.

Spider catchers are an eco-friendly way to remove spiders from your house without using harsh chemicals. If you have some patience and are willing to do a little extra, they can be a worthwhile investment for your pest control strategy.

Curious about other spider-related products? Check out our other detailed guides to help you deal with your pest problems.

When spider mites begin attacking your plants, ornamentals, crops, bushes, and trees, you need to fight back fast and hard.[...]
Read More
If you want to know how to get rid of spider mites, you’ve come to the right place. We can[...]
Read More
​Fleas are tiny and wingless parasites. But make no mistake, they're more than capable of making your life a living[...]
Read More
When you’ve got creepy crawly spiders hanging around your house, but you can’t pinpoint where they’re coming from or hiding,[...]
Read More