Looking for the top rat killers that are pet friendly?

Below is a quick list of all our top products. Keep scrolling to learn more about how to choose and use rat killers that won’t hurt your pets. 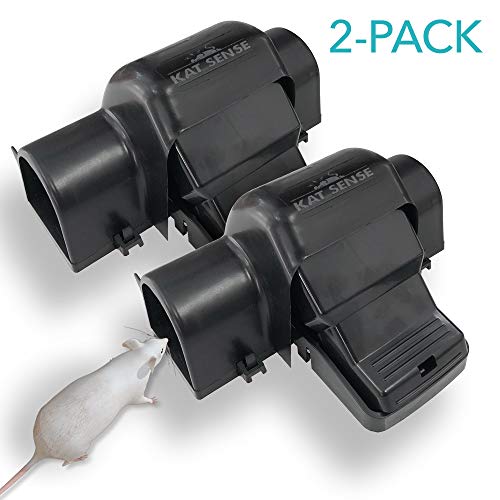 We picked the Kat Sense Pest Control Rat Snap Traps for the top spot because this is a great snap trap that won’t endanger pets. It starts with a powerful snap trap made of durable plastic that closes in a split second to kill any rat or mouse that ventures into it.

It protects your children and pets by enclosing the trap in a hard plastic cover with a tube-like entrance on either side. The cover is hinged so you can open it to remove dead rodents, and the bait tray can be removed from beneath to refill it with fresh bait.

Once the cover is closed, the small size of the openings prevent anything other than rats and mice from getting inside, plus, the cover keeps them from jumping away when the trap snaps closed on them.

Lethal, deadly, fast, and safe for little fingers and pets. This trap is nearly perfect.

Check out our list below for a summary of our results. Keep on reading to learn more about pet safe rat killers.

What Are Pet Safe Rat Killers?

A pet safe rat killer is any device or method for killing rats that can be safely used without endangering your pets. If it kills rats but poses a risk to our furry friends, it’s not pet safe.

Read Also: How To Get Rid of Rats Fast (10 Remedies)

Snap rat traps are a tried-and-true method but they suffer from the limitation that your pets can step on them or stick their nose in the trap. A typical rat trap has extremely strong jaws and teeth, which pose considerable danger to our pets.

This has led many people to use bait instead of snap traps. But poison comes with its own set of problems.

The difficulty lies in the fact that your pets and the rats you’re trying to kill share a common biology. Rats are often used as laboratory animals to test medicines. If they work safely on rats, they’ll often be safe for people and our pets.

That dynamic also works in reverse. Substances that are harmful to rats are also harmful to our beloved pets. Any rat bait that uses an active ingredient such as Brodifacoum, Bromethalin, and other related products will kill rats and our household pets.

Rat poison and snap traps are both effective ways to solve a rodent problem so we need to find a way of using them without endangering our pets. Fortunately, there is a way.

What Are The Different Types of Pet Safe Killers For Rats?

There are two main types of pet safe ways to kill rats; bait boxes (or stations) and enclosed snap traps.

The stations are usually made of hard plastic and have a locking mechanism to prevent children and pets from opening them. Most bait boxes are referred to as tamper-resistant rather than tamper-proof because tamper-proof is a nearly impossible goal to achieve.

Any method of killing rats that don’t have to be modified or hidden can be considered safe for pets. If you have to take extra steps to protect your pets, that defeats the purpose of getting a pet safe rat killer.

Read Also: What are the best traps for rats?

Rodenticides, even though they are poisonous to pets as well as rats, can be considered pet safe if they’re used in conjunction with bait stations. The anticoagulant bait blocks all have holes built into them for the purpose of using them with bait boxes.

This makes them safe when they are used as directed. If you use them without a bait station, it’s the use that makes them unsafe.

Are Regular Rat Killers Unsafe For Dogs And Cats?

One type of trap that isn’t safe for either cats or dogs is the electronic or electric shock traps. Cats are prone to stick their paws into things and dogs do the same with their noses. Either way, they could receive a dangerous shock, perhaps even a fatal one.

Restricting your pet’s access to electric traps would require a great deal of thought and planning, thus defeating the goal of using pet safe methods for controlling a rat infestation.

Read Also: What are the most humane mouse traps?

Our Reviews Of The Best Pet Friendly Rat Killers

This is a powerful snap trap made of durable plastic that closes in a split second to kill any rat or mouse that ventures into it. But it is covered by a hard plastic cover with a tube-like entrance on either side.

The cover is hinged so you can open it to remove dead rodents, and the bait tray can be removed from beneath to refill it with fresh bait. The trap is designed to sit flush against the wall where rats and mice like to scurry about.

When the cover is closed, the small size of the openings prevents anything other than a rat or mouse from getting inside. The cover also keeps rats from jumping away when the trap snaps closed on them. 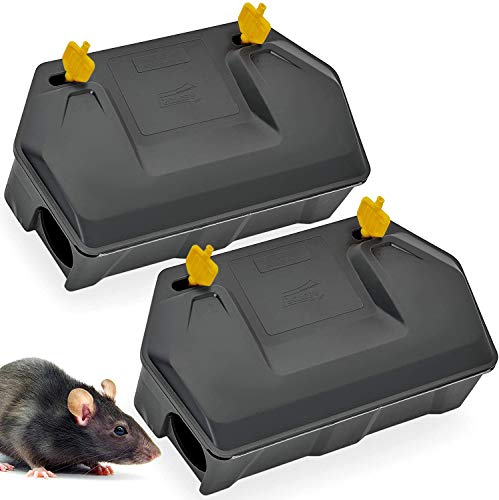 This tamper-resistant bait station is ideal for inside or outdoor use. Metal rods are included so you can anchor it in place outside. It has a dedicated double key security system to keep children and pets from prying it open.

Inside, a plastic tray can hold liquid or pellet bait. There is also a rod to insert through individual bait blocks to hold them in place. The trap itself is made of hard, durable plastic that will withstand years of use.

There are two bait stations per package and each station comes with two keys so you never have to worry if you lose one. 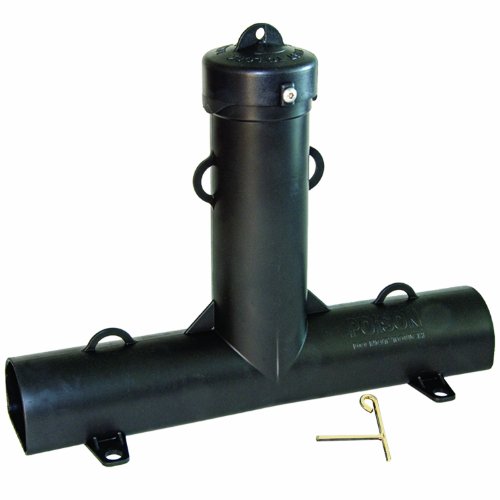 This bait station has an innovative design that makes refilling the bait a snap. A vertical tube with a wire holds the bait blocks. Unscrew the cap and pull it up. A side hex screw holds the cap in place to resist tampering by children or pets. A hex wrench is included.

There are six stations in each package, all made from thick, durable ABS plastic. The bait holding wire keeps the bait up out of the water in case of rain and the tube at the bottom is open on either end for rodent’s convenience – and death.

JT Eaton also sells a proprietary liquid bait bottle designed specifically for this trap. Due to the narrow base, these traps can be tied to a tree limb or fence top to kill rodents where they naturally like to run. 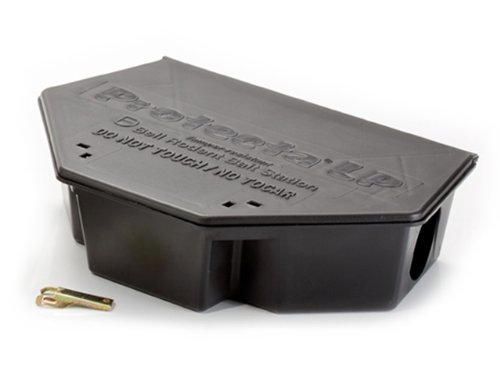 This is the favorite of pest control professionals. If you call one of them to your house, 90% of the time, they’ll be using Protecta bait stations. This is the bait station that has been used by them for years because it’s simple, durable, easy to use, and reliable.

A two-prong key (included) is required to open each bait station. Metal rods are included for mounting bait blocks inside it. It resists tampering and can be used inside or outside. There is only one key per station, so don’t lose it. 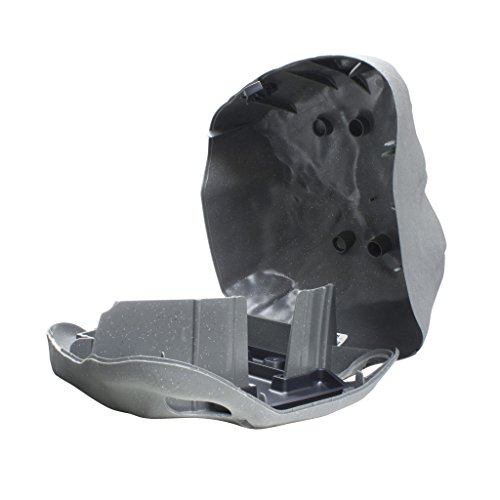 This is one of the best-kept secrets of the pest control industry. Each bait station is designed and injection-molded to look like a landscaping boulder, allowing you to use it anywhere you like without putting a clunky-looking bait station out in plain view.

There are four bait stations per box and each one comes with its own special key to open it. They are made of heavy-duty plastic, designed for outdoor use, including withstanding prolonged exposure to UV rays.

These bait stations can be anchored to the ground with metal rods to hold them in place. One word of warning; because they’re camouflaged to look like real rocks, they’re surprisingly easy to lose.

The Kat Sense Pest Control Rat Snap Traps is our top pick for obvious reasons. It’s a powerful snap trap made of durable plastic with a hard plastic cover that has tube-like entrances on either side.

The cover is hinged to remove dead rodents, and the bait tray is easy to refill from beneath. T

his trap is designed to sit flush against the wall where rats and mice like to scurry about.

When the cover is closed, the small size of the openings prevents anything other than a rat or mouse from getting inside. Your pets, and your children’s fingers, are safe from harm.

Curious about other rat and mouse related products? Check out our other detailed guides to help you deal with your pest problems.