In this section, you'll find product reviews for the best mosquito killers on the market.

Unlike, bed bugs or termites, mosquitoes are actually a bug you have a decent chance of controlling without the help of a professional exterminator.

The goal of this article is to go through our top picks and best mosquito killers.

Let's start off by saying that mosquitoes are one of the most dangerous ANIMALS that exist.

Yes, you read that right, ANIMALS.

When you think of a dangerous animal, I’m sure your mind goes to sharks, alligators, snakes, spiders even…

But alas… the annoying mosquitoes earn the top spot killing upwards of 1,000,000 people around the world each year.

Mosquitoes themselves aren’t THAT bad, but their ability to CARRY diseases and spread them around with a high degree of effectiveness makes them dangerous.

More specially its their ability to spread blood borne diseases due to their constant biting.

Let me put it this way, where bed bugs are gross, mosquitoes are dangerous.

Mosquitoes are capable of infecting humans with a number of infamous diseases such as:

In 2015, The World Health Organization reported 438,000 deaths from malaria alone!

The only REAL way to combat mosquitoes is by preventing them from infesting areas. That is removing and reducing breeding grounds, and making it difficult for them to reproduce.

Unfortunately, that’s not as easy as it sounds. Mosquitoes are capable of leaving eggs in areas as small as a water filled bottle cap on the ground…

Like the name implies, mosquito traps lure unsuspecting mosquitoes into device that effectively captures the bugs.

Most traps produce chemicals that trick mosquitoes into thinking that their is a food source.

Some traps use water to kill mosquitoes others trap them inside a compartment where they die.

Repellents don't really KILL any mosquitoes, but rather mask your natural producing odors making you invisible and a little less likely to receive a mosquito bite. Most mosquito repellents use some kind of special ingredient that gives it the "kick". In the 1950's that "kick" was DEET.

Now a days you have various alternatives such as Picaridin, IR3535, and a few others. A good mosquito repellent protects you from not only mosquitoes but other biting insects (think gnats, chiggers, etc) as well as lasts a long time.

Aside from mosquito sprayers, foggers might be one of your best chances to eliminate a lot of mosquitoes for an extended period of time.

Just make sure your family and pets are clear of the area when applying the insecticide and you'll be in good shape.

When you really want to kill the mosquitoes around your home, foggers are okay, but mosquito sprayers are where you can really do some damage to the population.

This is because most of the tools are built for effective disbursement insecticides for longer lasting mosquito elimination.

Need to clear your yard from nasty mosquitoes quickly? Then you're probably in need for an effective mosquito zapper.

When trying to figure out how to stop mosquitoes from biting you, a trap is a must-have tool to deploy around your house. See what our top picks are below.

Pair this with the Mosquito Magnet Octenol, and you have one potent mosquito trap.

Why it's the best: Where would you be without the blue glow of the Flowtron in your backyard? This is your tried and true mosquito killer. Just set it in your backyard and hear the zaps loud and clear. The only downside by putting one of these out is that you're likely to attract many more insects than just mosquitoes. Sometimes you might even get a bat by accident, which is semi-ironic because bats eat mosquitoes.

Where would the world be if mosquito repellents didn't exist? With thousands of variations and brands, what are the best? Take a look at our top picks below to find out.

Why it's the best: A good alternative to DEET, Picaridin is a popular repellent solution that has ranked above its competitors! One of the great things about this particular product is that its odorless and repels pretty much most other bugs. 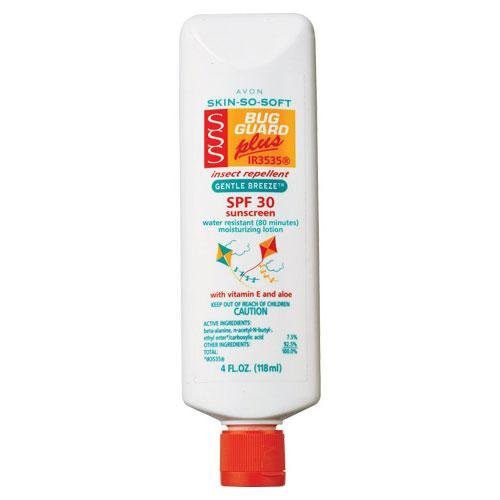 Why it's the best: This is a mosquito repellent with IR3535 as the active ingredient. This product doubles as a moisturizing lotion AND a sunscreen. You really can't go wrong here, highly recommended and smells great!

Perhaps the most unheard of mosquito killing method, a fogger can be one of the most potent ways to annihilate a population quickly. Our top fogger picks are listed below. 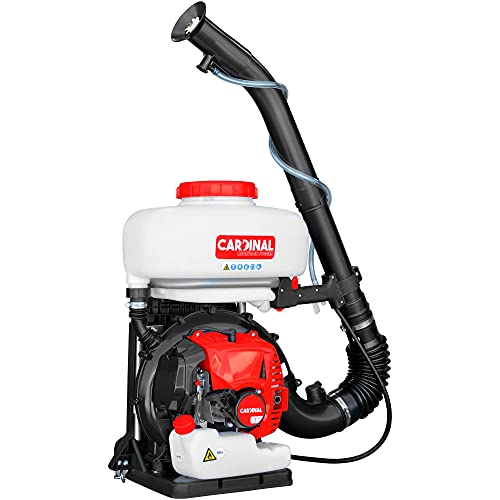 Why it's the best:  If you are in need of a fogger, you most likely live somewhere with enough land that you need to be able to fog a large area, and quickly. The Cardinal is a gas-operated backpack fogger. It can also be used as an air duster and leaf blower, allowing you to save money on having to buy two other devices. Additionally, it reduces the amount of storage space required to house them. On top of that, it comes with a 1-year factory warranty.. 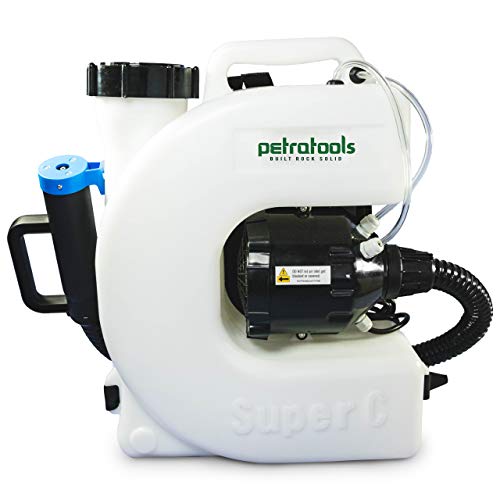 Why it's the best: As an alternative to the Cardinal, the Petra is a "mist blower" and can spray up to 15ft. It can carry up to 4 gallons and has comfortable, thick straps for easy wear.

Similar to foggers, sprayers are more long term methods often used by professionals. The chemicals are meant to least 30+ days in some cases. We listed out the best below. 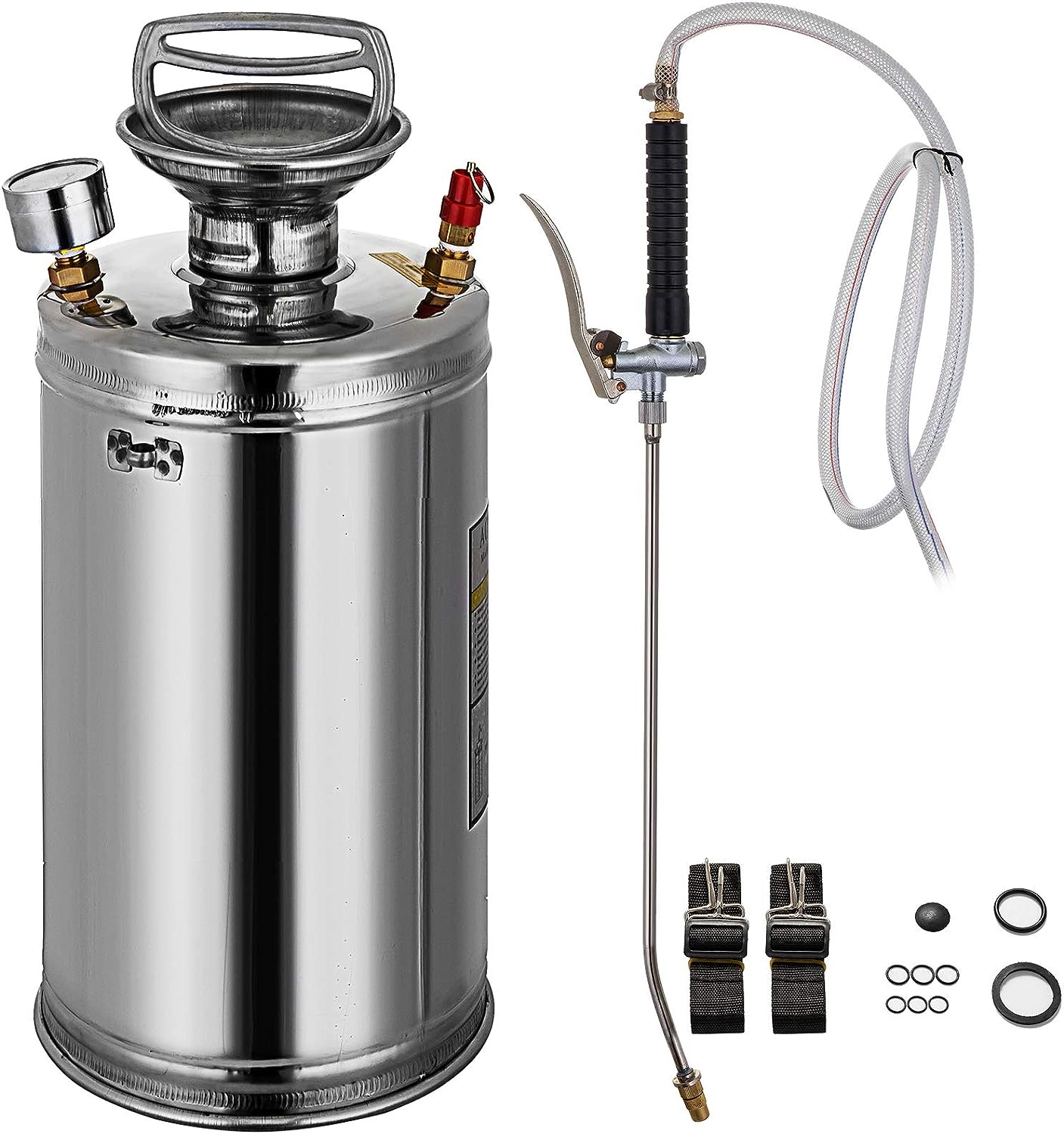 Why it's the best:  Each unit is scratch-resistant and comes with a 1-3.5 gallon tank with a hand pump to deploy the chemical agent. It's a little more pricey, but previous owners look at it like an investment. 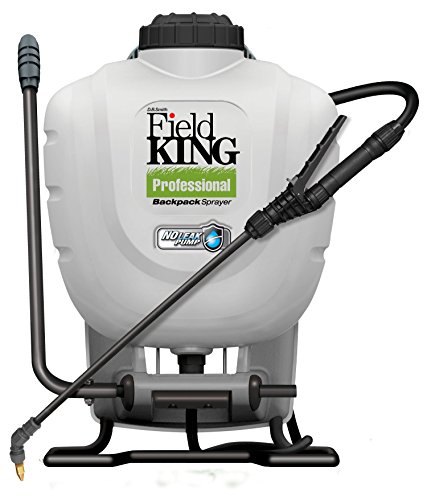 Why it's the best: It isn’t anything fancy, but it is a solid backpack sprayer with a four-gallon tank on the back. On average, this unit will allow you to treat around 4,000 square feet at a time, or you can reduce how much product you mix if you have a smaller area.