Earwigs are ugly and nasty looking, earning them such names as ear piercers, ear crawlers, and the old English name, ēarewicga or ear insect.

They’re actually quite harmless to people but no one wants them crawling around the house either.

In this Pest Strategies review, we’ll show you how to get rid of earwigs and how to treat their entry points into your house.

We’ll show you how to perform your own pest control against these pincher bugs, as they’re often called.

We’ll look at some professional products and a couple of natural methods that will control earwigs and prevent an infestation of them in your house. 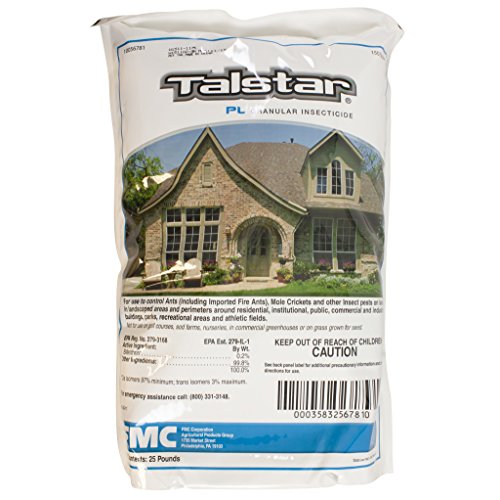 It’s where they have their hiding places and lay their eggs, so it makes sense to take the fight to them with a professional-strength granular insecticide like Talstar PL Granules.

Three pounds of Talstar granules in a hand spreader is enough to broadcast in a 10-foot wide band around an average-sized house.

When they crawl out of the grass, flower beds, or garden, they’ll encounter the granules before they even get to your house.

We picked Talstar granules because they last for up to three months between treatments, they’re water-activated, weather-resistant (you can use them year-round), and highly effective against earwigs and a multitude of other insects as well.

Check out our list below for a summary of our results. Keep on reading to learn more about earwig killers.

What Are Earwig Killers?

An earwig killer is any device or substance that will result in the death of earwigs when they contact each other.

An earwig killer can be an earwig trap, a bucket of soapy water, boric acid, a liquid pesticide, a granular pesticide, a dust pesticide, or an essential oil.

How Do Earwig Killers Work?

It depends on the specific earwig killer you’re using. Some pesticides attack the central nervous system, the reproductive system, their exoskeleton, their breathing tubes (called tracheae), or the digestive system.

Read Also: What is an Earwig? (How to Identify & Get Rid of Earwigs)

Others will absorb the moisture in their bodies and kill them by dehydration.

All of them have one thing in common, the earwigs must come into physical contact with the earwig killer in order to be affected by it. This means they have to be used where the earwigs are.

If they are used properly, earwig killers are very effective. Some can be used in conjunction with each other to provide a kind of one-two punch to attack the earwigs in several different ways. If they evade one, the other will get them.

How To Use an Earwig Killer

Granular pesticides and diatomaceous earth have to be spread either by hand or by means of a handheld spreader.

Earwigs are scavengers who eat nearly any kind of plant material so the granules should be spread across the areas where they are feeding.

Read Also: How to Get Rid of Earwigs (9 Remedies)

Diatomaceous earth and pesticide dust should be used in wood piles and other areas where earwigs like to live, as well as in cracks and crevices around baseboards, doors, and windows where they are able to gain entrance to your house.

Liquid pesticides should be sprayed outside as a continuous barrier treatment around the foundation of your house at ground level, along the baseboards inside your house, and in crawl spaces beneath your house. Pesticide dust is also useful under houses.

Are Earwig Killers Safe Around My Pets and Children?

If the earwig killer in question is a pesticide, the answer is a definite maybe. Modern pesticides are much safer than old ones, but infants have weaker immune systems than adults and can be harmed by things that don’t bother us at all.

The younger a child is, the greater the risk of being harmed by a pesticide. Conversely, the older they are, the less risk there is.

As a general rule of thumb, keep children under six-years-old, away from the area while you’re spraying and for an hour afterward.

Some of the earwig killers that are all-natural ones that pose far less risk. Some are even edible. In those cases, there may be a question of allergies but not toxicity.

How Do You Find the Best Earwig Killer?

Talstar is a well-known brand among pest control professionals, who admire the consistency and reliability of Talstar pesticides.

Earwig control is quick and easy with spreadable granules, particularly when they’re water-activated as these are.

Spread these granules just before it rains, or water the yard when you’re finished spreading them, and they’ll go to work, spreading out across the treated area to form a long-lasting barrier to earwigs and hundreds of other pests as well.

Granules are safe around children and pets, won’t harm your grass, flowers, fruit trees, or vegetable garden while killing earwigs for up to three months between treatments.

The only drawback is the granules tend to clump when the humidity is high. 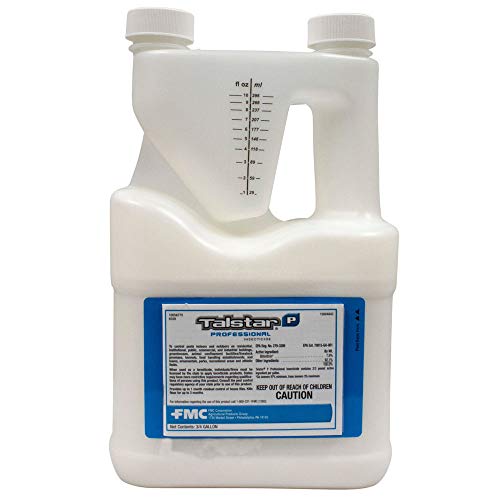 Talstar Professional is a liquid concentrate that has Bifenthrin as the active ingredient, just like the granules.

It is an excellent outdoor pesticide used in a backpack sprayer to treat around the foundation of your house, under the eaves, windows, and doors.

Talstar Pro is an efficient insect killer that is labeled for use against a wide range of pests, including earwigs. Once it is dry it lasts for up to three months even in the rain and snow.

It’s odorless and won’t stain the siding on your house or under the eaves.

It’s slightly toxic for adults and might give you a headache if you drink a glass of it. Infants and small pets are more susceptible though, so keep them away until it dries. 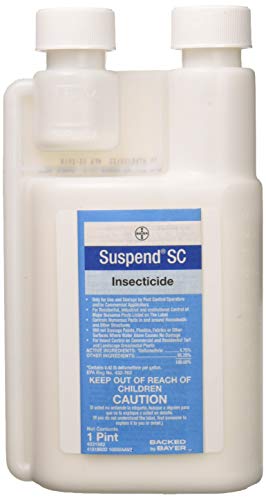 You’ll need to get a 1-gallon pump-up sprayer of one kind or another to spray it.

One pint of this concentrate can be mixed with water to make 64 gallons of spray solution. It is odorless and won’t stain fabrics or walls when you use it inside.

It’s safe to use in kitchens, pantries, bathrooms, and throughout the entire house.

Deltamethrin is highly toxic to fish and birds, so you’ll need to cover any fish tanks and bird cages before you start spraying in the house. It’s easy to use and will last for up to three months between treatments.

Delta Dust is a fine dust, like talcum powder that uses Deltamethrin as the active ingredient.

It is perfect for use at ground level in the cracks and crevices around the baseboards in your house. You’ll need a bulb duster to use it.

It will kill earwigs and dozens of others that crawl through it when you puff it into the small holes and entry points insects use to gain entrance to your house.

It’s very easy to use, just be careful not to get any floating dust in your mouth – it tastes nasty.

It doesn’t dissolve in water and will last for up to nine months so it’s perfect for outdoor use as well as in damp crawl spaces under houses. 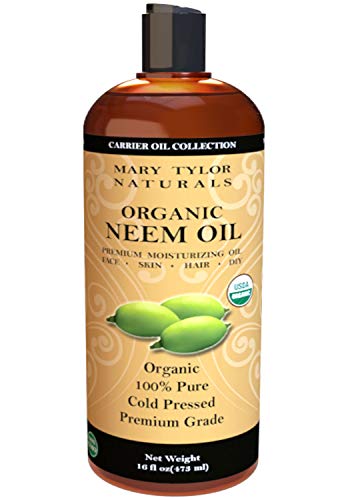 Neem oil is a naturally occurring pesticide found in the seeds of neem trees.​

It’s been used for hundreds of years as one of nature’s premier pesticides against a vast array of insects. It interferes with their ability to eat and reproduce.

One teaspoon of cold-pressed neem oil, mixed with a quart of water in a 32-ounce spray bottle creates a spray to stop an earwig infestation.

It acts as a repellent as well as a way to kill earwigs. Because it’s all-natural, edible in fact, it’s safe around pets and children.

Neem oil is an effective pesticide for over 60 different types of pests, including aphids, beetles, lacewings, mealybugs, thrips, and whiteflies, but it doesn’t last very long. You’ll need to reapply it at least once a week. 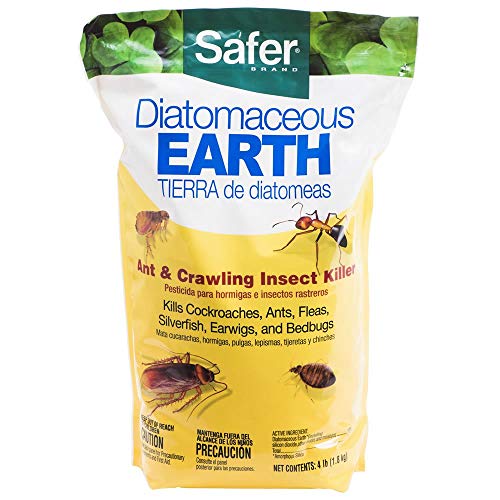 Diatomaceous earth is a natural desiccant that absorbs moisture and hastens the dehydration of plants and insects it contacts.

It’s made from the fossilized shells of microscopic sea creatures called diatoms. It is often used for digestive problems.

Spreading a fine layer of diatomaceous earth at the ground level around your house, inside or out, creates a natural barrier against earwig populations that attempt to cross it.

It is completely non-toxic and child and pet safe. There’s no odor and it will last until it gets wet. After that, it will begin clumping. You’ll have to sweep it up and distribute more.

Talstar is a well-known brand that makes earwig control quick and easy.

The granules are water-activated, safe around children and pets, and highly effective at killing earwigs and many other insects as well.

The granules won’t harm your grass, flowers, fruit trees, or vegetable garden. There’s no odor or staining when you use these granules.

Talstar PL Granules are so effective they’ll usually be the only earwig killer you’ll need to use. But in those cases where the earwigs have already gotten into your house, you should use the granules outside, then use another earwig killer on the inside.

Any of the ones we’ve reviewed will be suitable for the task, killing the ones inside while the granules kill the ones outside and prevent any of them from coming in. This is the combination that does the most to help you become earwig-free.

Curious about other earwig related products? Check out our other detailed guides to help you deal with your pest problems.

Are you looking for dust mite covers for your mattresses and pillows? Then you've come to the right place. In[...]
Read More
​Fleas are tiny and wingless parasites. But make no mistake, they're more than capable of making your life a living[...]
Read More
Earwigs look terrifying. But despite their menacing pincers, they’re almost completely harmless. Their pinchers are for defending themselves from other insects,[...]
Read More