Looking for ​the best insecticides for Japanese beetles? 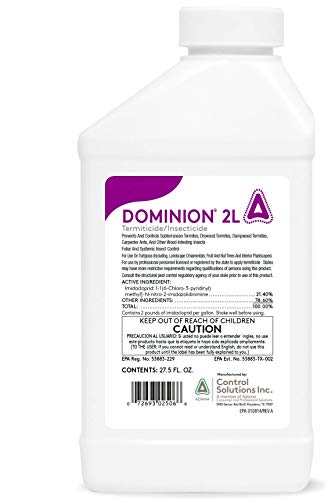 Dominion 2L is an excellent pesticide subterranean pests such as termites and the grub stage of Japanese Beetles, also known as white grubs. It has a long-term residual impact, up to a year in length.

Each 27.5-oz bottle will make 50 gallons of the finished product so a little bit goes a long way. It can be safely used as a drench treatment to kill the larvae or as a surface spray to kill the adults. It kills them either way.

Check out our list below for a summary of our results. Keep on reading to learn more about insecticide for japaneese beetles

What Are Insecticides For Japanese Beetles?

An insecticide for killing Japanese Beetles doesn’t refer only to the adult beetles. It must also be able to attack and kill the eggs and larvae that live underground for most of the year.

Surface sprays that only kill the adults can’t give you the control you need.

As this video makes clear, there are different times of the year when the young larvae are vulnerable.

They are close to the surface during the late summer and early fall during warm weather. This is the time they are the easiest to kill.

The larvae move deeper underground during the winter, constantly growing and maturing. During the warmth of spring, they move toward the surface, but now they’re larger and more difficult to kill.

A true pesticide for eradicating Japanese Beetles must be able to attack them during all phases of their life cycle.

Read Also: What are the best traps to get rid of Japanese beetles?

What Are The Different Types of Insecticides For Japanese Beetles?

There are two main types of insecticides for killing Japanese Beetles, curative and preventative. Let’s look at each one separately.

The traditional approach to the control of Japanese Beetles is to apply pesticides with a short-term residual impact after the eggs have been laid and before the grubs can cause visible damage to the turf and ornamentals in the yard.

The best time for curative treatments is early to mid-August. The grubs are still young, immature, and close to the surface where the pesticide can easily reach them.

This has become the more popular option because there is a larger window of time for application, usually from May to July. Another reason for the popularity of this method is the long residual impact of the insecticides used this way, up to a year in some cases.

These pesticides are applied before the eggs are laid. They kill the adults, the eggs, and the grubs that hatch from them.

Read Also: Our complete guide on how to get rid of Japanese beetles for good

How Do Insecticides For Japanese Beetles Work?

The active ingredient in each pesticide has a different mode of action. Some attack the central nervous system, others attack the respiratory system, and others focus on the muscles that control locomotion and circulation.

As long as they kill the beetles, it’s all good.

Are Insecticides For Japanese Beetles Dangerous To Pets or Children?

Yes and no. Children are often susceptible to chemicals and environmental effects that adults can safely ignore.

They have more skin surface relative to their body weight than adults, their liver and kidneys are immature, and they are closer to the ground.

Children also eat and breathe more in relation to their body weight than adults. Finally, infants crawl on the floor or ground then turn around and stick their hands (and anything they can grab) in their mouths.

All this makes them vulnerable to possible toxic effects.

Therefore, as a general rule of thumb, children should be kept out of areas treated with pesticides until they have completely dried. For some insecticides, that window might be longer and we’ll note it where appropriate.

Our Reviews Of The Best Insecticides For Japanese Beetles

Designed for killing subterranean termites, Dominion 2L is an excellent pesticide for drench treatments to kill adult Japanese Beetles and their larvae. It has a long-term residual impact, up to a year in length. It is only intended for outside use.

Each 27.5-oz bottle will make 50 gallons of the finished product. Mix it in 5-gallon buckets at a rate of 0.6ounces of concentrate to a gallon of water. Agitate it vigorously for 2-3 minutes then pour it on the infested areas where the larvae are attacking the turf.

Use the same mix ratio in a 4-gallon backpack to spray across the top of the grass, landscape ornamentals, and fruit and nut trees. This will kill the adult Japanese Beetles as well as many other insects. Keep pets and children away until it dries. 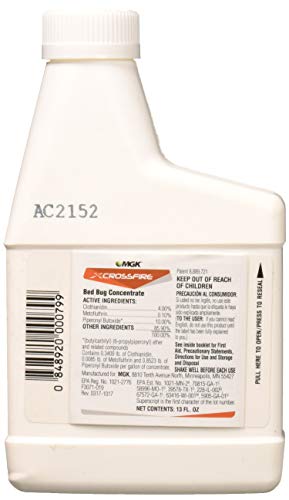 This pesticide was designed to kill pyrethroid-resistant bugs, although the second active ingredient, Metofluthrin, is a pyrethroid. The final active, Piperonyl Butoxide, is a synergist that makes the other two active more effective at killing bugs.

The combination creates a fast knockdown to kill adult Japanese Beetles. The residual impact begins working almost immediately as well. It is highly effective but each bottle only makes one gallon of finished product making it the most expensive one on our list.

It has a strong odor and the fumes have caused headaches in some people. Wearing a mask is strongly recommended. Pets and children should be kept out of the treated area for about 24 hours.

This product is OMRI (Organic Materials Review Institute) listed for organic farming. It is 100% cold-pressed Neem oil from Neem trees, the only ingredient in the bottle.

It can be used on fruits and vegetables right up to the day of harvest.

For soil drench treatments, mix one ounce of Neem oil with one gallon of water, so this 16-oz bottle will make 16 gallons of the finished product.

It’s very effective, especially against adult Japanese Beetles, but only for a few days. Then it has to be reapplied.

Because it is an oily extract, it may begin to solidify below 70ºF. If that happens, submerge the bottle in warm water for ten minutes then shake vigorously. For best results, mix it with warm water for making applications. 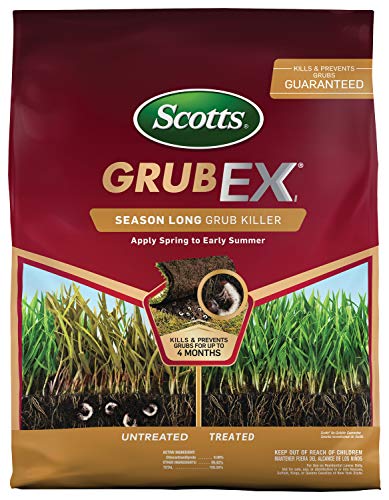 One application of these granules in the late spring or early summer will give you four months of control of Japanese Beetles in their white grub stage, killing them before they damage the turf in your yard. You’ll need a hand spreader to broadcast the granules.

One 28.7-pound bag of granules will treat 10,000 square feet. If you’re treating that much area, a push spreader may be worth the purchase price.

After spreading the granules, they need to be watered in so they’ll soak into the soil.

Keep pets and children out of the area until it has dried. If you’re not completely satisfied with the results, Scotts offers a money-back guarantee. 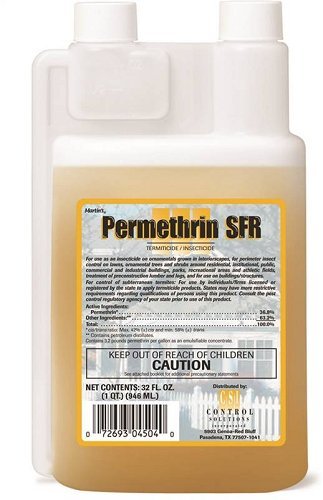 Originally created to kill termites, this 32-oz bottle of Permethrin will make 16 gallons of the finished product. Permethrin is a pyrethroid, a synthetic version of natural chemicals called pyrethrins, which are found in chrysanthemum flowers.

These chemicals work by attacking the nerve functions in target insects, causing paralysis, leading to death. Due to their low cost and effective nature, there are several thousand brand-name pesticides on the market using various pyrethroids.

Permethrin SFR has a strong odor so you should wear a face mask while mixing it. Mix it in 5-gallon buckets to create a drench treatment for pouring on infested areas of your lawn, then keep children and pets away until it is completely dry.

Each treatment will last about two weeks against Japanese Beetles, then repeat the application until no more beetles are seen. This is a cost-effective treatment plan. 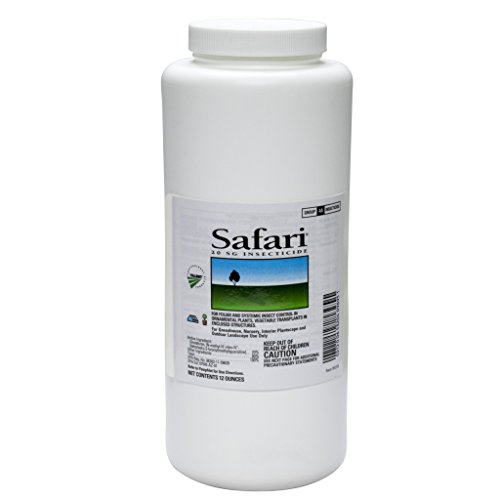 This is a broad-spectrum insecticide that kills adult Japanese Beetles and their larvae as well as many other destructive pests.

One 12-oz bottle makes 50 gallons of the finished product. It is effective as a surface spray or as a drench treatment.

However, the active ingredient, Dinotefuranm, is highly water-soluble and mobile.

It also resists biodegradation, creating a strong potential for it to migrate into shallow water tables and cause contamination, especially where the soil is permeable.

Exercise caution when using this product as a drench treatment. If you’re not sure about the water table in your area, and can’t afford to pay for a professional survey, stick to using it as a surface spray to kill the adult Japanese Beetles.

Dominion 2L is our top pick for its excellent year-long residual impact, because it can kill adult Japanese Beetles with spray treatments, and kill their larvae, known as white grubs, with drench treatments.

Each bottle makes 50 gallons of the finished product so it’s very cost-effective. For its versatility, long residual impact, and overall effectiveness, it easily earns the top spot.

Curious about other beetle related products? Check out our other detailed guides to help you deal with your pest problems.